OMAHA, Neb. — A room full of unknown faces weathered by time and feelings of abandonment, isolation and loss is exactly what Washington County couple Bill and Nan walked into earlier this year. They were joining a group of grandparents who, like themselves, wanted help in raising their grandchildren.

Three years ago, the two were preparing for an unforgettable weekend out with friends at an annual conference hosted by the Nebraska Winery and Grape Growers Association.

Bill was waiting on Nan when she called him to say she had their two young granddaughters.

“Our son had called her and said, ‘Can you pick up the girls?’ Nan said, ‘No,’” Bill explained. “’And he said, ‘Well, the police are here and want to take them away.’”

A few days later, a social worker reassured them their possession of the girls would be temporary, citing a dirty house as the root of the problem.

Relief, though, never came, and the two spent the next three years raising their grandchildren and searching for any sort of help.

“There’s not a lot of promotion of different kinds of programs that gets out to Washington County, and so we had a really great person at the DHHS office in Blair. She’s kind of the foster helper,” Nan said. “She sent us this, and we signed up right away.”

What the couple signed up for was Nebraska Children’s Home Society’s Raising Your Grandchildren program, a six-week series held at the agency’s Children and Family Center in Omaha. 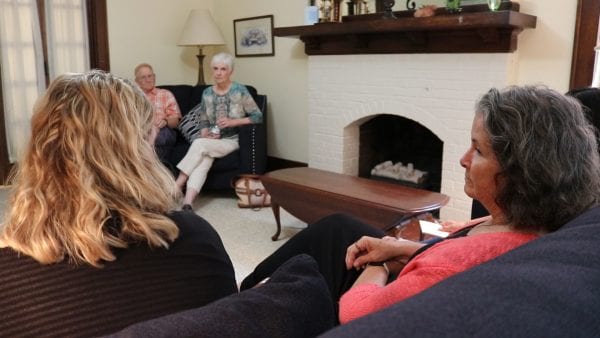 The course was meticulously put together with the help of social work students from University of Nebraska Omaha. The students’ research showed zip codes 68104 and 68111 in Omaha had the greatest number of grandparents raising grandchildren in the state. The Children and Family Center sits in both zip codes.

Students designed the initial program, and it was launched in 2013.

“One of the leaders of getting this curriculum ready to go was Dr. Glendora Patterson. She has a degree in social work, and a master’s degree in early childhood and a Ph.D. as well,” Children and Family Center Director Maria Nielsen said. “She actually raised her granddaughter, so we had somebody who had very practical experience helping us to get this program designed.”

The psycho-education course is filled with specific topics to ensure grandparents are equipped with all the knowledge to take on their role as the primary caregiver of their grandchildren, including the challenges that role brings. The program offers support, lesson plans and a safe place for grandparents.

“I just remember the first meeting walking in, and it’s the first place in three years I’ve been able to talk about how I feel, no judgment,” Nan said. “We’re all grandparents. We were all feeling abandoned. We were all feeling isolated, and it was just such a relief and very cathartic to be with a group of people that I didn’t have to explain why I took my grandkids.”

The average age of grandparents in the series is around 61 years old with 23 participants under the age of 65 between July 2018 and May 2019.

“We gained so much information, so much help in really understanding where our kids were and what we needed to change in how we were interacting with them to help them grow and develop a little bit better,” Nan said.

Grandparents are challenged to look at their blessings and losses while also learning to set appropriate behavioral expectations for their grandchildren. The course also provides guidance keeping children safe and secure.

“Sometimes grandparents have the old ways of managing behavior, and we really want to get away from any physical discipline. We really work on talking to them, ‘What are some other ways you can curve a behavior, or what are some appropriate expectations to have a little four-year-old when you haven’t parented a four-year-old in several years?’” Nielsen said.

NCHS staff are always available for help and support through the learning process and beyond as well.

Nearly 80 children were impacted through the program between July 2018 and May 2019, according to data collected internally. 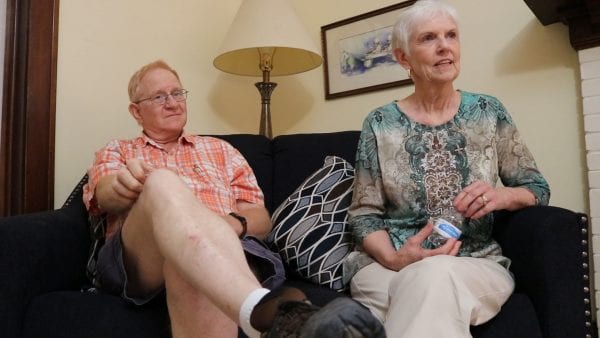 “What I notice more is a difference in the younger one and how we’re really more directing and molding her based on the things that we learned in that time we were here. I feel real supported here. It’s a comfortable place for us to come because I know we can speak our peace, and we’re going to have a listening ear and somebody to give us some advice,” Nan said.

Grandparents also learn to be aware of their own needs and how to get those needs met.

“You’ve got the programs and the research behind it that shows it’s effective,” Nan said. “This program really helped both of us to really stand back and think about a lot of those things and how we need to adjust what we’re doing to make it more successful for the [the girls].”

Once the class is finished, grandparents are invited to participate in the program’s Ambassador Support Group. The group only offers support to those who have completed the program and to those who are starting the program. The group is also able to use resources within the agency to get additional help.

“I guarantee if you did a class like this in Washington County, you’d have a room full of people because we have a lot of grandparents up there,” Nan said.

“It’s the compassion and the understanding of the people in this building. You feel it when you walk in, and that’s what I appreciate. We want to get involved with the ambassador group,” Nan said.

Childcare is offered, as well as a light snack or meal. Transportation can also be arranged.

The actual Slender d'Hermes will be patek philippe replica launched in a limited edition of One hundred items, and has the cost of21,300 CHF.
Traduzca »
COVID-19 has changed the way we are serving families, but we continue to serve.Learn more about our response and how you can help.
+ 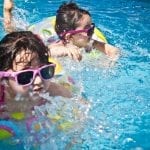