NORFOLK, Neb. (Aug 27, 2018) – On Saturday, September 22, 2018, Nebraska Children’s Home Society (NCHS) will host Husker Hometown Tailgate at the City of Wayne Auditorium in Wayne, Nebraska to watch the Nebraska Cornhuskers play against the Michigan Wolverines at the Michigan Stadium.

The tailgate party will bring together supporters, NCHS forever families and the community to raise money in support of services to children and families. The tailgate party includes food, a drink ticket, silent auction and a short program highlighting the work of NCHS. Fans of both teams are welcome to join in the fun!

“The tailgate party is a fun and wholesome way to support our services to families throughout Nebraska, but especially in this area,” said Osborne.

The event starts one hour prior to kickoff for the game. The time will be announced when the schedule is released.

Tickets to the event are $30 for adults and $15 for children ages 5 to 10. No tickets required for children age 4 and under. Event registration is open until September 12th. Tickets can be purchased at https://nchs.org/events/husker-hometown-tailgate-2018/

The actual Slender d'Hermes will be patek philippe replica launched in a limited edition of One hundred items, and has the cost of21,300 CHF.
Traduzca »
COVID-19 has changed the way we are serving families, but we continue to serve.Learn more about our response and how you can help.
+ 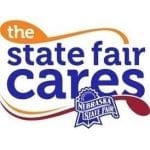 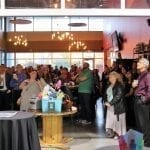